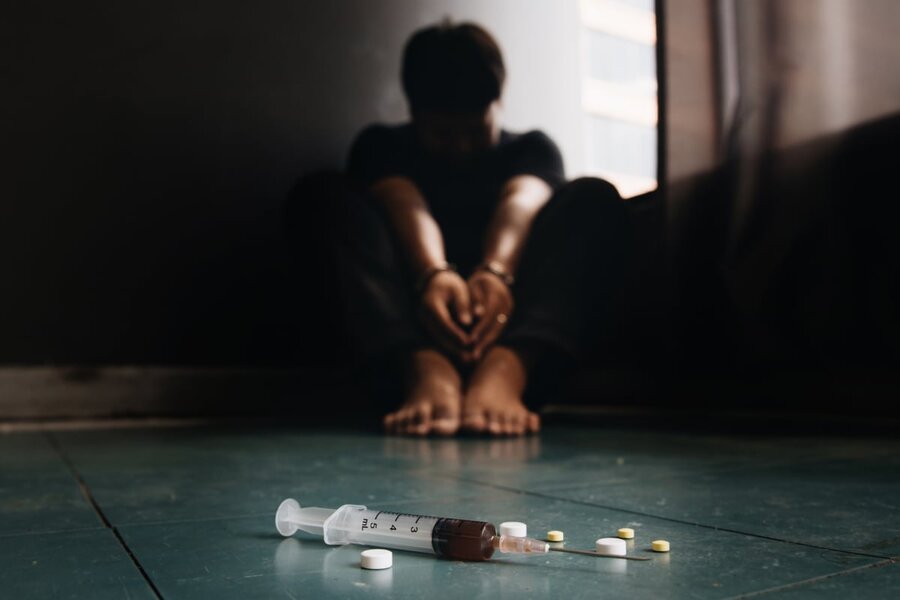 Throughout the history, music has been an important part of people’s lives. In the last 50 years or so, with the wider expansion of recreational drugs, music has been affected and connected to drugs in more than one occasion, but this connection goes even a little deeper into the history of music.

Musicians have long used addictive substances to trigger creativity and intensify performances. Substances such as marijuana, speed, ecstasy, cocaine, and heroin most of all have shaped performers and musical movements. Unfortunately, some of these performers fell so deep into the addiction that they could never get back and their bands died with them.

Jim Morrison, the enigmatic lead singer of The Doors died from a heart attack presumably caused by heroin overdose in 1971, in his apartment in Paris. Surviving members have later stated that there was a lot of drugs and alcohol abuse surrounding them. There are many possible theories surrounding Morrison’s death, but what they all have in common is substance abuse.

It’s such a waste that so much talent is gone at only 27 years old. Despite the popular belief that dying young is for the sake of art, it’s really just the end of art.

Nirvana’s very own Kurt Cobain killed himself while being high on heroin. You can ask yourself why someone on the top of their career would do this.

Allegedly, Kurt was suffering from bipolar disorder. His parents divorced when he was very young. He had health issues and tried many addictive substances in his younger days and got addicted to heroin.

He went to drug rehabilitation in 1992, but the sobriety didn’t last for long. He relapsed months later and survived an overdose. Two years later he had another overdose. He agreed to go to a detox facility after family members and friends set up an intervention for him, but he left the center shortly after the arrival. He was found dead in his apartment, with heroin and Valium in his body.

Unfortunately, drugs take away our inhibitions and impair our judgment. No matter how talented or smart you are—if you don’t sign for a rehab, you may end up not different than Kurt and all the other young fellows that weren’t strong enough to battle the addiction.

Sid was vicious. In October 1978, his girlfriend Nancy Spungen was found dead of a stab wound to the abdomen in the bathroom of their hotel room. John Simon Ritchie, better known as Sid Vicious was charged with murder but the case never went to trial—as he died of a heroin overdose while on bail in February 1979.

Due to intravenous heroin use, Sid was hospitalized for hepatitis during the recording of the Pistols’ only studio album.  He went to drug rehabilitation on Rikers Island. In celebration of his release from prison, on a party that his mother hosted to honor his release, he succeeded in acquiring heroin and died in the sleep after the overdose.

The American ska punk band from Long Beach formed in 1988 and remained in the same line-up until the tragic death of their guitarist and vocalist Bradley Nowell in 1996. Brad was only 28 years old when died from a heroin overdose, ending the band.

Instead of being a wake-up call, Bradley’s death was the exact opposite, according to another friend, Dave Donaldson. They were numbing the pain with whatever substances they could find. To subconsciously understand his father better, Jacob Nowell has tried the addictive substances himself. After his own battle with these substances, he’s now clean.

It’s so sad how people unknowingly affect their whole families. Our bad choices are not only ours—they will, unfortunately, be felt by whoever loves us dearly.

Addiction and mental illness often come followed with a negative stigma, across the world but especially in the U.S. People with mental problems are told “just get over it”, and those with addiction are seen as outcasts on society.

If there had been no stigma surrounding addiction, many people could seek treatment and still be alive. Instead of hiding the addiction, thus making it worse, they could have openly spoke about their problems and tell their loved ones they need help. Without the negative stigma, people battling addiction could seek help and try to get their life back on track without being judged by the whole nation.

What to Consider When Selecting a Drug and Alcohol Detox Center
November 21, 2019