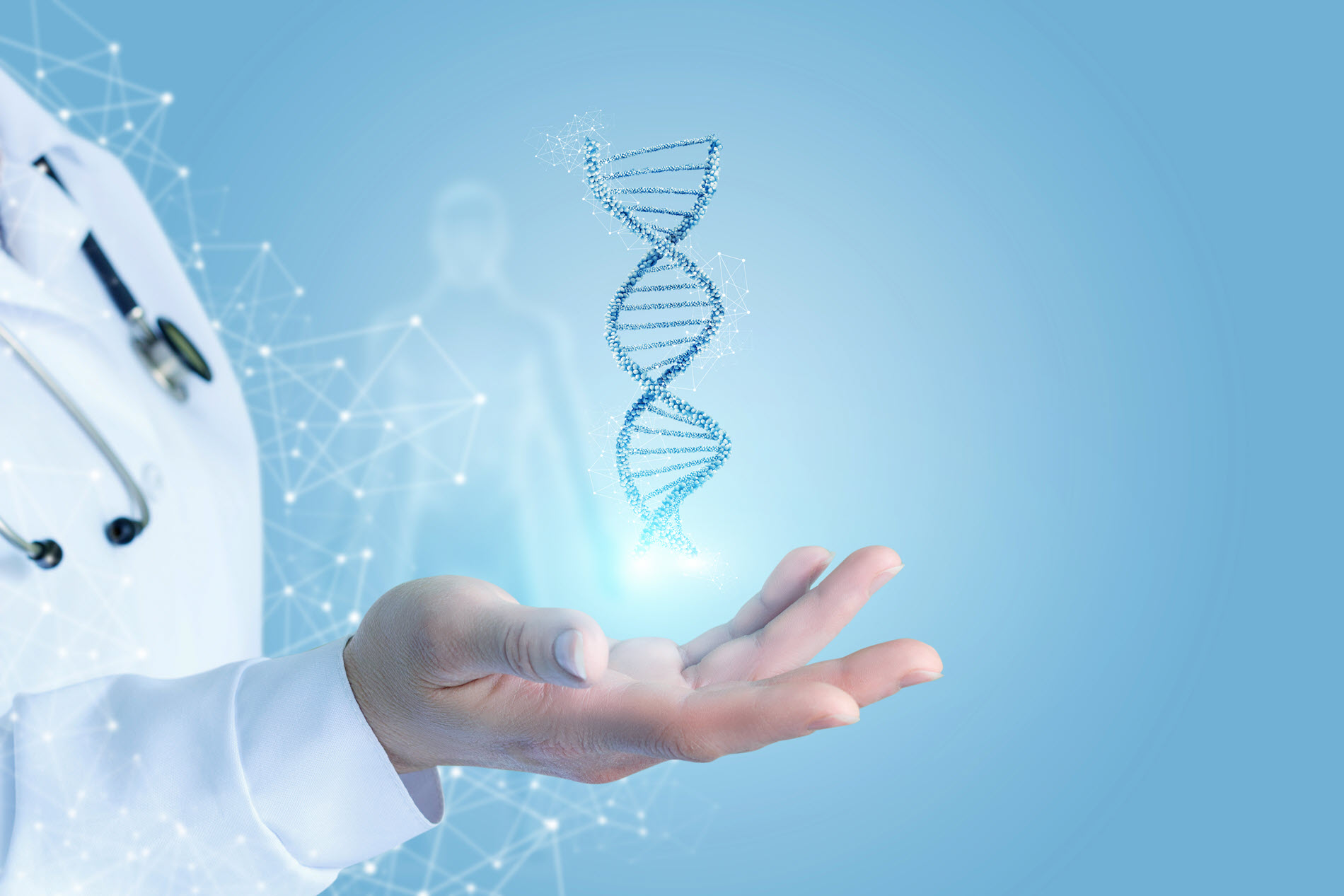 It is exceedingly rare that someone in Western society will have gone through their life without this being presented as a question. In fact, it is one of the more often debated subjects in addiction. It is clear that as a country we the United States have not given the mental health field the dedicated studying it deserves, and our rate of mental health issues and addiction correspond to this fact.

The question is: How does the fall into addiction happen to some and not to others?

Predisposition to alcoholism has been a much researched topic in both psychological and medical fields, and seems to be correlated somewhat to how much stress someone experiences as baseline. Most of this research that involves intervention has been performed on non-human models. A study performed in 1990 using rhesus monkeys showed that more anxious monkeys were predisposed to increased alcohol consumption. However, when stress was induced in the monkeys by separation, they would increase their intake to the same levels as the naturally anxious monkeys.

This study also showed that young subjects raised in stressful situations would have naturally higher levels of anxiety in adulthood, and had higher alcohol consumption to correspond to this fact. This would seem to indicate that how a person is raised indicates how likely a person is to become an alcoholic. However, when baby monkeys of higher stress parents, particularly fathers, were given to low stress parents to be raised, they still had a strong link to becoming alcohol-dependent, indicating that their genetics played a role in their baseline levels of risk.

In retrospective studies (a study that looks at the past of a group of people who developed alcoholism to find common themes), one of the most common environmental factors that is sorted as a risk factor for alcoholism is stress. This seems to reflect the results of the rhesus monkey study (see above). Multiple studies have shown increased prevalence in alcoholism in both police officers and post-combat war veterans (this was first shown in Vietnam), which was hypothesized to be due to extreme combat stress.

Another powerful environmental factor that has been cited is a psychological concept known as modeling. This, simply stated, is when individuals use their peers and their familial relations to pattern their behavior, and is a powerful learning mechanism for many different aspects of life. Studies in the 1980s showed that drinking rates of individuals are often modeled after their peers, and even more strongly after their family members. This is thought to be the reason for the higher prevalence of alcoholism within specific cultures (ie. Irish-Americans), as our relationship to alcohol and how it is used is often a learned concept from other members of society.

A review of the literature surrounding sons of male alcoholics have shown that impulsivity and antisocial tendencies, which run high in these groups, seem to be a predictive factor for alcoholism later in life. However, it cannot be determined if environment, or genetics, caused these behaviors.

Heightened conflict between parents also seems to predispose to later-in-life alcoholism. It seems well regarded by the field that children of alcoholics have substantially higher home conflict rates, which is often reflected in decreased academic performance. They also are subject to motivational issues, higher rates of depression, and increased levels of generalized stress, undoubtedly a source from which alcoholism could be used as an escape. In fact, even when parents are not alcoholics, home stress (of which divorce is typically the most cited stress-inducing event) increases risk for alcoholism in children later in life.

In an extremely interesting tangent, studies on alcoholics have shown a 30-40% incidence of co-diagnosis with attention deficit disorder, somewhere in the vicinity of 8x the normal rate. ADD, as it is known, is widely estimated as to the amount caused by genetics. It is known to at least be partially influenced by environmental factors, such as prenatal tobacco use and maternal stress.

However, there is little dispute that the amount of genetic influence in this diagnosis is likely to be at least 40%. The symptoms of ADD are closely related to the behavioral symptoms noted in sons of alcoholics. At the basis of these studies, it seems that SOMAs and alcoholics both have a high incidence of hyperactivity in the brain, which is shown in their changes in neurotransmitters. To determine whether this is environmentally or genetically influenced, however, is somewhat unclear and difficult to study.

The main conclusion from part 1 of the article is that environmental factors strongly influence how alcohol is perceived as a substance, how much is considered normal intake, and how stress can influence a person into alcoholism that would normally not feel pressured to take that drink.

However, one of the concluding facts, mentioned at the end of all of these studies, is that environmental factors alone are not strong enough to account for all of alcoholism. For a look into this in more depth, part 2 of this article will cover the genetic factors involved in a predisposition for people who become alcoholics.

In a follow-up to part 1 of this article, which elaborated the social aspects and the behavioral characteristics that could influence development of addiction, this second part dives into exactly what genes determine the vulnerability to addiction, and takes a look at the processes these genes are responsible for that could make an individual susceptible to alcoholism.

The Human Genome Project and advances in genetic sequencing led to an explosion of scientific data in the late 20th century. This advancement made it finally possible to examine genes down to their specific sequences and variations between individuals. The breaking open of this door was a new avenue to answering questions that we as a society were unsure of. Particularly, this led to advancements in how individuals differ, which is an extraordinary development in regards to alcoholism.

When genetic sequences were finally able to be analyzed, adoption studies were the first to be looked at. The increased frequency at which adopted children of biological alcoholic parents became alcoholics themselves made the question of inheritance of alcoholism particularly interesting. Genetic analysis of these patients, and subsequent studies of twins, showed that somewhere between 45-65% of alcoholism susceptibility is caused by genetic factors. This was followed up by the ability to breed mice and rats to become alcoholics using selection for these genes. This was definitive proof that alcoholism was genetically influenced. The next step, then, was determining what these genes were doing that was increasing the risk for these individuals.

In broad strokes, alcoholism susceptibility in a person’s genes seems to come down to two things: how alcohol is metabolized by the body, and how receptive the brain is to alcohol. In regards to metabolism, the first two genes that were clearly identified as playing a role were genes for two proteins that are essential in the breakdown of alcohol in the body (theses genes are known as ADH1B and ALDH2, and they belong to a family of enzymes known as dehydrogenases). These proteins are responsible for how long acetaldehyde is present in the body, which is a breakdown product of alcohol that is responsible for most of the symptoms we are familiar with as a hangover, such as dizziness, headache, and upset stomach. ADH1B controls how fast alcohol becomes acetaldehyde, and ALDH2 controls how fast acetaldehyde remains in the body. In individuals with a defective ALDH2, even small amounts of alcohol cause high hangover symptoms as it is broken down in the body, and this usually acts as a deterrent to alcohol use.

In fact, the drug Antabuse works by inhibiting this protein. In regards to ADH1B, there are well known examples of individuals who have a high-functioning version of this protein, and can breakdown alcohol up to 40 times as fast as a normal individual. This leads to fast conversion of alcohol to the hangover product acetaldehyde, and is shown to protect against alcohol abuse as it makes drinking significantly unenjoyable. Although it has not yet been definitively proven, it is likely that those that can metabolize acetaldehyde quickly are predisposed to alcoholism, as they suffer less immediate physical consequences and have more short-term enjoyment of the cognitive effects of alcohol.

Secondly, those with a predisposition to alcoholism seem to have a different experience when alcohol reaches the brain. Some genes that influenced rates of alcoholism were linked to receptors in the brain that normally are acted upon by alcohol, known as GABA receptors (GABA is short for the neurotransmitter that these receptors release) as far back as the early 2000s. Individuals with a specific version of this gene (known as GABRA2) have a greater cognitive stimulation when consuming alcohol, which likely can reinforce the addiction pathway.

Additionally, variants of two genes, known as IPO11 and HTR1A, increase the amount of positive emotion neurotransmitters in the brain when exposed to alcohol, which reduce anxiety-like behavior. Given the knowledge we already have associating high anxiety states with alcohol intake, it would make sense that those who get a stronger response to alcohol would be more likely to use this as a remedy to decrease their anxiousness.

A fascinating finding done on the resting brain of those at risk for alcoholism showed a complete difference in alcoholics in regards to normal brain activity. In alcoholics and those at high risk for alcoholism, measurement of brain waves (done with a machine called an EEG) showed that beta wave activity is much higher at baseline for these individuals. Beta-waves are the excited state of the brain, which are usually thought to indicate the brain is engaged and focused on the present. Individuals susceptible to alcohol dependence showed higher levels of these waves at baseline and a higher increase when alcohol was used. What this means is that when a susceptible individual ingests alcohol, they actually feel more stimulated and more in the moment than an average person.

The key to all of these findings is awareness. Genetic testing is not necessarily needed to understand where along these distributions a person falls. If someone can drink a large amount of alcohol without experiencing hangover symptoms, or someone feels particularly energetic and stimulated when they ingest alcohol, then the most important thing they can do is be aware that they are more susceptible to enjoying drinking past the point of social enjoyment. For more information on what types of alcohol consumers look like, a paper written by Rachel Pearl Winograd, Douglas Steinley, and Kenneth Sher titled “Searching for Mr. Hyde: A five-factor approach to characterizing ‘types of drunks’” breaks down individual’s responses to alcohol intake and how they would look behaviorally.

So, is alcoholism genetic?

The definitive point that is brought up in all of these studies is that, while all of these genes increase the risk for alcoholism in individuals, there is no genetic certainty for alcoholism. All of these increased risks can be overcome through awareness and avoidance of situations where control can be lost. This puts the power back in the hands of the individual.

Does Alcohol Withdrawal Cause Auditory, Visual or Tactile Hallucinations?
June 7, 2020

Does Alcohol Withdrawal Cause Depression?
May 28, 2020

Does Alcohol Withdrawal Cause Headaches?
May 28, 2020

Does Alcohol Withdrawal Cause Nausea?
May 23, 2020