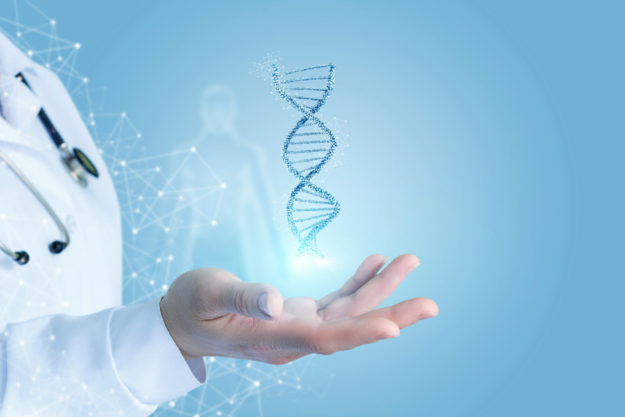 It is exceedingly rare that someone in Western society will have gone through their life without this being presented as a question. In fact, it is one of the more often debated subjects in addiction. It is clear that as a country we the United States have not given the mental health field the dedicated studying it deserves, and our rate of mental health issues and addiction correspond to this fact.

The question is: How does the fall into addiction happen to some and not to others?

Predisposition to alcoholism has been a much researched topic in both psychological and medical fields, and seems to be correlated somewhat to how much stress someone experiences as baseline. Most of this research that involves intervention has been performed on non-human models. A study performed in 1990 using rhesus monkeys showed that more anxious monkeys were predisposed to increased alcohol consumption. However, when stress was induced in the monkeys by separation, they would increase their intake to the same levels as the naturally anxious monkeys. 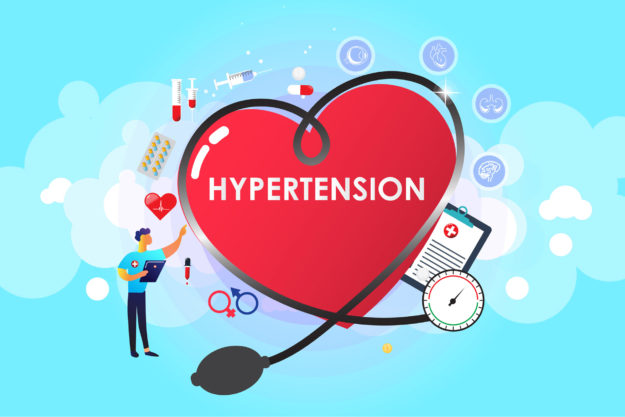 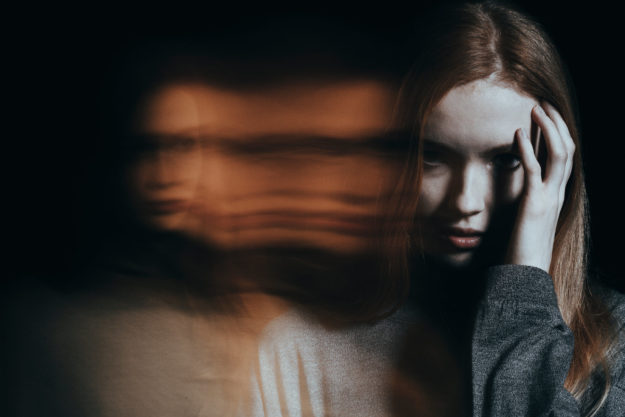 Does Alcohol Withdrawal Cause Auditory, Visual or Tactile Hallucinations?

Anyone who has struggled with the idea of giving up alcohol, often says they struggled due to fear. What most people fear is not knowing what their alcohol withdrawal experience will be like. The truth is, each person going through alcohol withdrawals have a unique experience. It depends on how long they drank, how much they drank, and several other factors. Those who drank for a long time or drank a lot of alcohol regularly seem to have the most severe alcohol withdrawal symptoms. These symptoms can sometimes include hallucinations. To find out more, read on.

The Types of Hallucinations Caused By Alcohol Withdrawals

Let us start by making sure that you know that alcohol withdrawals is something you do not want to go through alone. Ideally, everyone who gives up drinking alcohol after even a slight addiction should do so under medical supervision. Typically, the hallucinations that some people experience are part of the reason why this is so necessary. 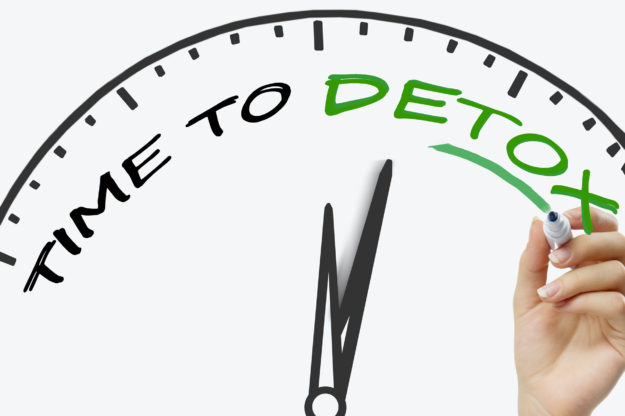 How Long Does it Take to Detox from Alcohol?

When a person decides to stop drinking, they are likely to experience alcohol withdrawal symptoms. The detox process for alcohol can take several days or several weeks, depending on multiple individual factors. Alcohol detox will be different for everybody, but there are some common symptoms to expect during this time. Keep reading to learn more about the timeline for alcohol detox and treatment options for those with an alcohol use disorder.

What is alcohol detox?

Alcohol detox is an important step in treating an alcohol use disorder. The process involves flushing alcohol from the body completely and results in withdrawal symptoms. When someone’s body becomes dependent on alcohol over time, they develop alcoholism or an alcohol use disorder. Because your body is receiving chemicals from alcohol, your brain stops producing those specific chemicals, causing a dependency.

Making the decision to quit drinking is far from easy, but it is crucial to a person’s health and overall wellbeing. Prolonged alcohol consumption in excessive amounts leads to a buildup of toxins and waste products in the body. Alcohol detox begins the addiction treatment process as the body rids itself of toxins. 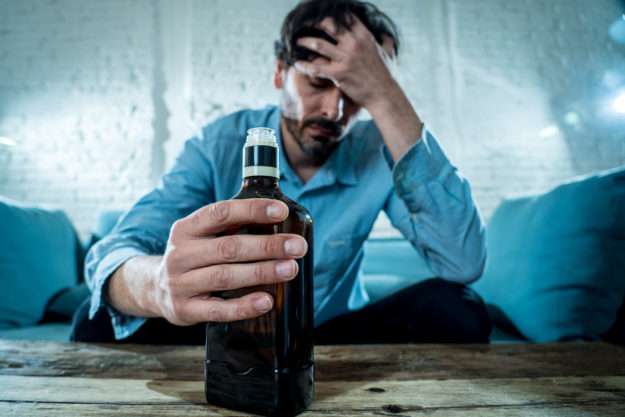 Does Alcohol Withdrawal Cause Depression?

There isn’t any doubt that people who suffer from an alcohol use disorder feel a lot better after they stop. There are several recovery stories demonstrating how incredible life may feel when someone has placed their addiction to alcohol behind them. That being said, it’s important to note that there’s frequently an extremely difficult phase an alcoholic undergoes before they start to feel better. This occurs directly after cessation, typically within less than one day since their last drink. It’s called Alcohol Withdrawal Syndrome. Individuals who’ve only used alcohol for a brief time, or who’ve only consumed small amounts of alcohol, might not experience the most unpleasant withdrawal symptoms. Some will only suffer a “crash” or a hangover right after intoxication wears off, which they might “sleep off” during the weekend. For the infrequent or limited drinkers that typically only drink for a limited period of time, they may be lucky and have the ability to stop and not undergo the worst of what alcohol withdrawal has to offer. 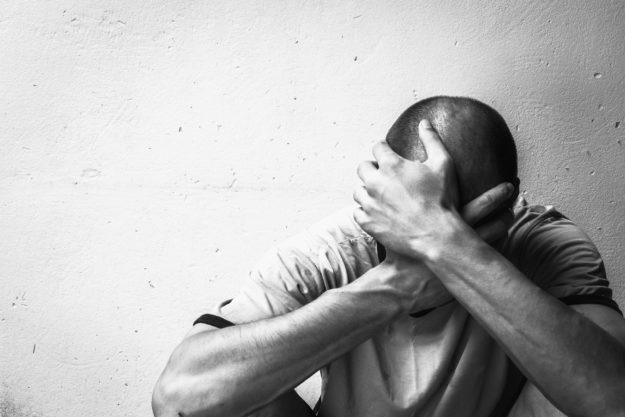 Does Alcohol Withdrawal Cause Headaches?

Headaches that range from mild to migraine-like
Anxiety that can range from a slight nuisance to all-encompassing
Struggles with getting to sleep or staying asleep
Stomach upset, which may also include diarrhea and/or vomiting
Hallucinations can happen in anyone, but typically happen with those who have consumed considerable amounts of alcohol in their lifetime
Sweating that does not seem to stop even when the person cools off
Mild shakes that can make sitting still difficult

Most symptoms of alcohol withdrawal begin by the time the person hits 24 hours without a drink. In most cases, these symptoms subside within 5-7 days. However, in some of the more serious instances, these effects can go on for much longer. Some patients have actually struggled with some of these symptoms for weeks after their last drink. 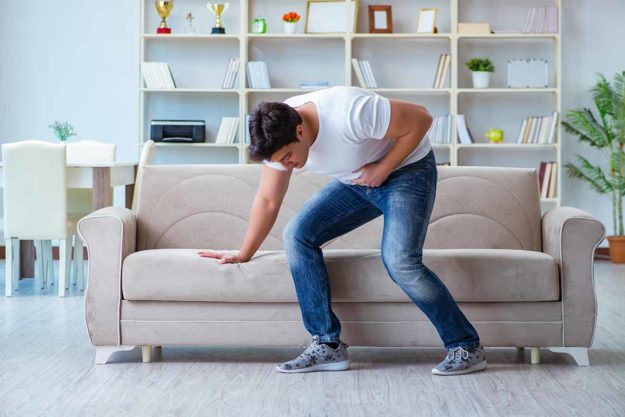 Does Alcohol Withdrawal Cause Nausea?

Withdrawing from alcohol, whether from a night of binge drinking or a longtime addiction, often results in the human body rebelling in a variety of ways. Excessive alcohol intake and long-term alcohol use affect nearly every system in the body. The effects, both psychological and physiological, can range from short-term to long-term and also mild to severe.

Many people have experienced the stereotypical hangover. After a night of excessive drinking, the body makes its displeasure known. These symptoms often appear the next morning but can start the same night as the alcohol intake. A hangover can be felt throughout the whole body with a general sense of fatigue, aches and pains, headache, dizziness, light and sound sensitivity, and a myriad of gastrointestinal problems. More than anything the body needs time to rid itself of the alcohol and to re-hydrate. In cases of extremely excessive alcohol consumption, medical attention and intervention may be required. 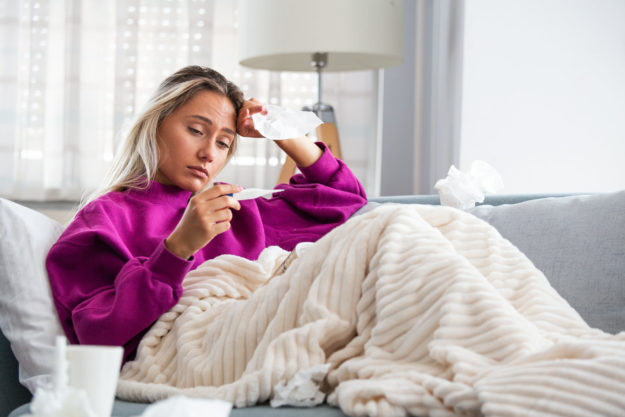 Does Alcohol Withdrawal Cause Fever?

What is fever? Fever is one of the body’s most original defenses against infection or assault. The technical definition, for medical practitioners, defines this as a core body temperature of 100.4-100.9 F, which is about 3 degrees higher than what is considered a normal temperature. Other terms, such as hyperthermia and pyrexia, are also used interchangeably, although the understanding of these two terms does not have any precise definition. However, what is more useful and interesting to understand is what causes a fever and why it is occurring.

When the body notices a foreign intruder, such as bacteria (known as sepsis), it releases tiny components of the immune system that act on the brain as a signal to increase temperature. This area of the brain is always in direct contact with circulating blood in the body, which renders it capable of performing this form of surveillance.

Sometimes, toxins produced by bacteria can act on this area of the brain directly to trigger this response. This is actually a very fine-tuned evolutionary mechanism, raises temperatures above what bacteria and fungi can survive without harming body cells themselves, as well as allows for key parts of the immune system to become widely circulated. In a fortunate coincidence, antibiotic drugs also work better at these higher temperatures. 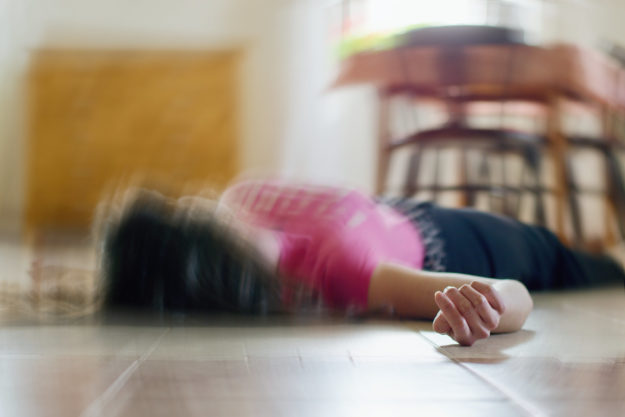 Does Alcohol Withdrawal Cause Seizures?

While people can safely enjoy moderate amounts of alcohol without becoming addicted, those who drink heavily may develop a tolerance for alcohol and eventually become dependent on it. In some cases, heavy alcohol use can lead to a clinical condition called an alcohol use disorder. One symptom of an alcohol use disorder, according to the Diagnostic and Statistical Manual of Mental Disorders (DSM-5), is withdrawal. This happens when a person stops drinking and experiences uncomfortable symptoms such as sleep problems, nausea, and tremors as alcohol leaves the body. In some cases, alcohol withdrawal can lead to seizures, but not everyone who undergoes withdrawal will have a seizure.